I read with interest that there is some recent research which found that people who don’t feel their actual age have a lower risk of death than those who feel older. The study showed that feeling youthful reduced cardiovascular risk.

In the study, 6,500 people aged 52 and over were asked to rate their youthfulness. 70% of respondents said that they felt three or more years younger than their age, and 86% of this group were still alive eight years later.

Among the 5% of people who said they felt more than a year older than their actual age, 75% were still alive eight years later.

Scientists believe that if people feel younger than their age, they may have better health habits. They are more likely to carry on with physical activity they enjoy, whether that is running or dancing or boxing! My Mum tried skiing for the first time aged 56 and nobody can believe she turned 80 this year. She has such a zest for life and keeps really busy doing lots of activities she enjoys. So I have first hand experience that feeling youthful can be extremely powerful.

Scientists also think that people are more likely to eat well if they feel younger than they are.

It reminded me of the awesome 80 year old female bodybuilder, Ernestine Shepherd (pictured below) who runs 80 miles a week and spends much of her time acting as a personal trainer for others. 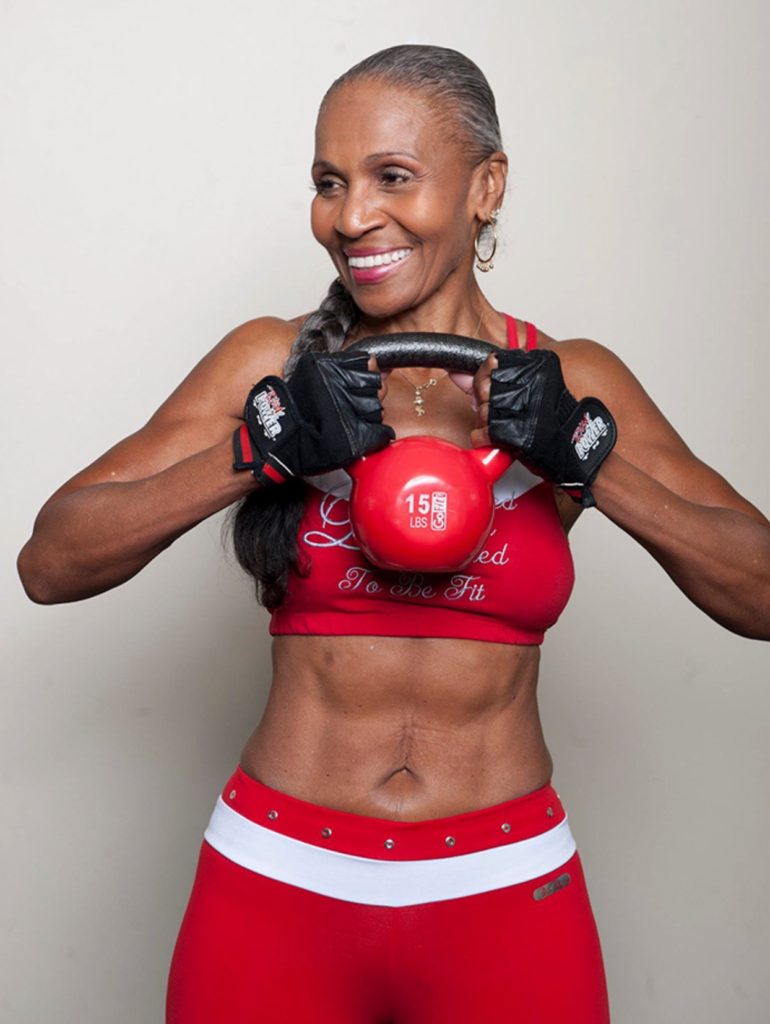 Ernestine definitely doesn’t conform to the typical image of an 80 year old woman. She is probably more fit than some women half her age. Truly inspirational and proof that age is just a number.